Congratulations to All Finalists​​ 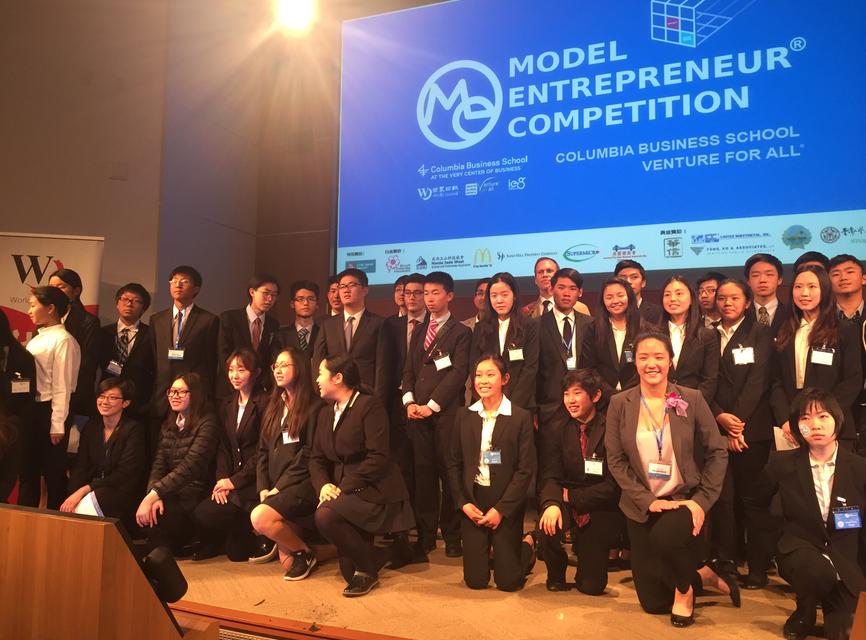 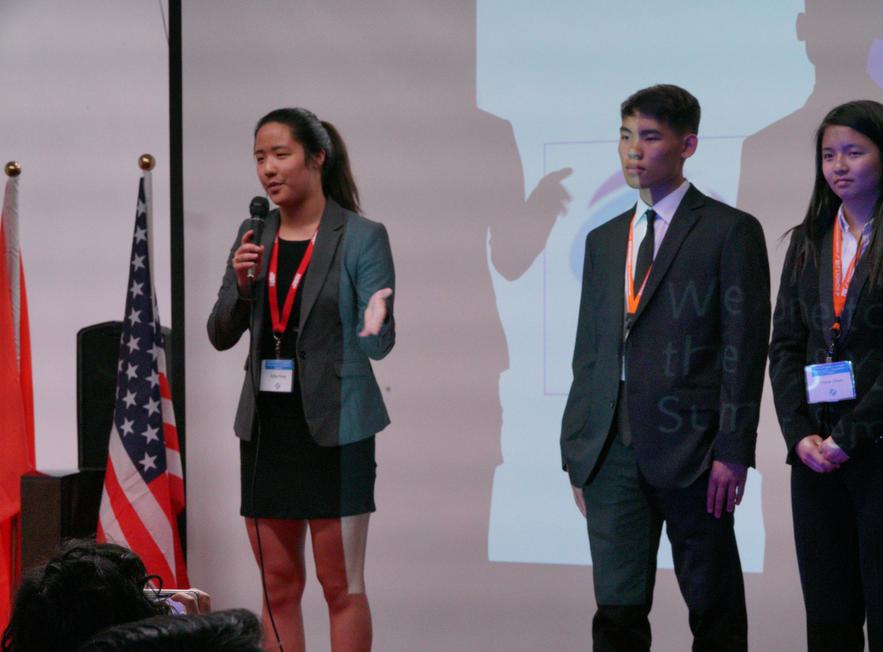 August 4th ,2018.the Sixteenth Annual Chinese American Olympics of Northern California was held in the James Logon High School ,East Bay.This sports event has been held every year since 2013,to help unify our overseas Chinese community,has been a large sports event ,having numerous sports ,organized among overseas Chinese. I was very honored to take part in the volunteer work and became a referee in the swimming race.Before I started volunteering, I had been looking forward to the event for a long time, but at the same time I was very nervous because it needed a strong professional ability and reactivity to understand the rules of the game. I must concentrate on this task. Before the start of the game, we will all carry out the corresponding training, reasonable division of labor and cooperation, I am responsible for the timing work of players in the game . I know I have a great responsibility. In the competition, first of all, the referee's execution attitude must be correct, take the competition seriously, and remember our duty and power. At the same time, the referee's attitude to law enforcement determines the level of law enforcement and the quality of the game. Every judge should constantly strengthen his theoretical level. I think this point can not be emphasized too much. I was still very nervous in the first game, but I still try to adjust and focus, because the accuracy of the timing directly affects the performance of the players, and it is necessary to treat every competitor fairly. I benefit a lot from this swimming referee's work. Team coordination and cooperation, and also made a lot of good friends, in general, the games have achieved a great success, I enjoyed this activity very much. By Leon Yang

I had a great experience working as a timer and referee for the two parts of the swimming competition that took place on the 5th and 18th of August in the Dan Oden Swim Complex in Union City. I had first looked at this opportunity as any random volunteering job, and was initially hesitant, however, when I realized it was a swimming competition, I decided to volunteer. I had never really been to any swimming competition before, and because I can swim, I wanted to see the times of people that were about the same age as me, and just wanted to see what it was like in a competition like this. We had trainings on all of these days, and people in charge made sure to explain to us that we had to be very focused and aware of our surroundings while doing our jobs, because as timers, our jobs were quite important to the swimmers who wanted to know about improvement, their times, and their places. The first part, on August 5th, consisted of people aged 20 to 70, from overall teams made up of alumni of various famous universities in China, one of which was Peking University where both my parents graduated. I was kind of nervous, because I knew I had a big responsibility: the taking of the times, which would determine all the awards. I was surprised that so many people participated in this swimming event, especially older people. They tried their hardest, and made sure to persist until the end. I remember watching a relay of 60 to 70 year olds, all cheering each other on as they pushed their way to the finish line, even through their older age. I heard some people sighing in admiration as a 70 year old swimmer pushed through for his relay team. While I was observing this intriguing competition, I had to remember to take times, and be fair about the rules for the relays and the swims.

The second part, on August 18th, was for the kids. I wasn’t as nervous at this one, because I knew all the rules and what to do. However, I still had to be extra careful, as there were some incorrect times last, and I wanted to make sure to get the times all correct because that’s our responsibilities. This one I was more excited for, because I wanted to see the times and swimming of people that were in a similar age group to me, as well as now, a more kids-oriented competition. This time, it was easier for me to know about the system of taking times, and I was more relaxed. Throughout this, I made sure to observe the times and swimmers more carefully, because I wanted to see the swimming and times of people around my age, as I could swim a little myself, recreationally. Even though I swam a little, my swimming and my speed couldn’t really be compared to the speed and effortless swimming of people who swam on teams, and I still have quite a bit to go if I want to be on the level of these people. I really did admire some of the younger kids, the 6 year olds and under, who fearlessly jumped in the pool and tried their best for their team. I don’t even think I could do that at that age, especially since it was a competition under a lot of pressure.
Overall I think this was a very special and good experience to watch the swimming. I had much fun and learned a lot. I learned to be especially focused on a job we were assigned, to be responsible for our job, and to set goals and reach for them. By Emily Chen

On a bright Saturday morning, I woke up earlier than usual to be ready as a volunteer at a swimming meet. This event was held at the Dan Oden Swimming Complex in Union City. At the beginning, I was a bit nervous to go because I have never worked as a swimming timekeeper.  I was afraid I would look awkward in front of everyone. However, when we got there, there wasn’t even anyone there! Soon, people started to arrive and then we came across an issue! The people hosting the event didn’t have a permit to show the facility manager. This meant that they were not allowed to even be at the pool! However, after about an hour of waiting, they finally got a copy of the permit to show to the pool managers. When we finally got the meet going, I found out that my job wasn’t actually that difficult at all! I timed when people would start, and then when they touched the wall, I would stop the time and record the times with another team member. We did this for 5 hours straight!  The weather was scorching hot; however, I felt very good that I was able to help with this event and serve the community.   This makes me think of a Chinese proverb, “if you want happiness of an hour, take a nap.  If you want happiness for a day, go fishing.  If you want happiness for a year, inherit a fortune.  If you want happiness for a lifetime, help somebody.”  I really feel the happiness of helping others.  After the event, the volunteers received a certificate presented by Northern California Chinese Culture Athletic Federation, I, of course, came home feeling accomplished but tired… By Ethan Ling 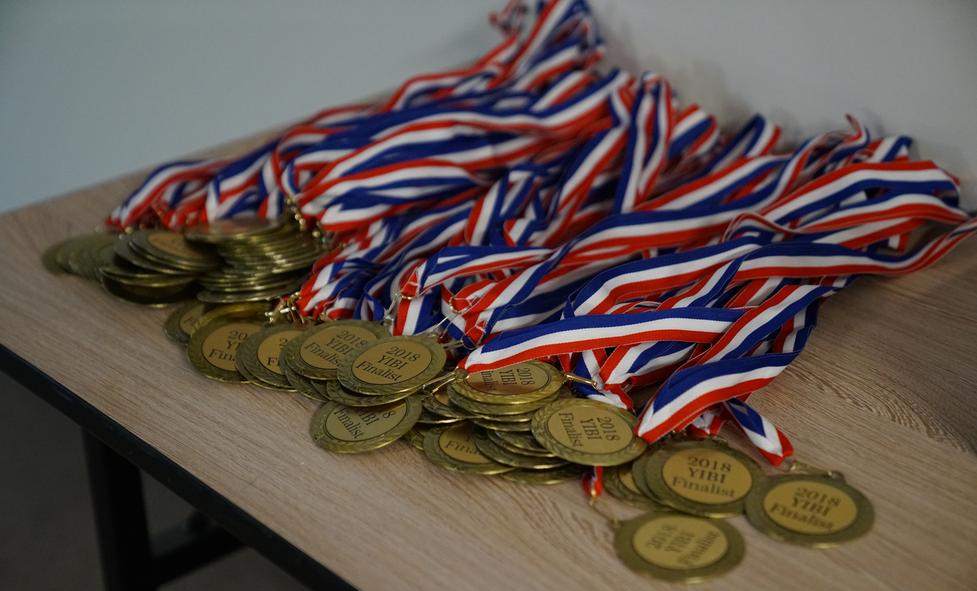 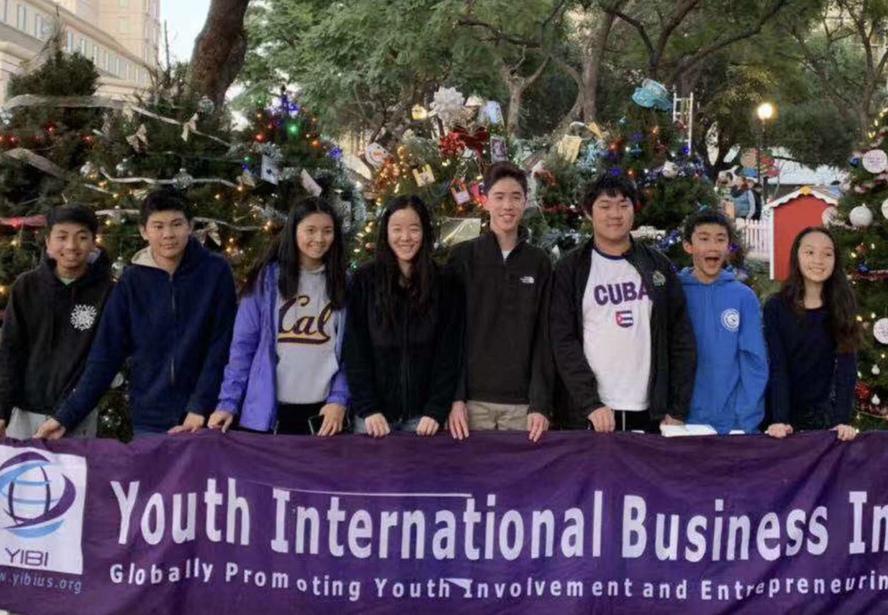 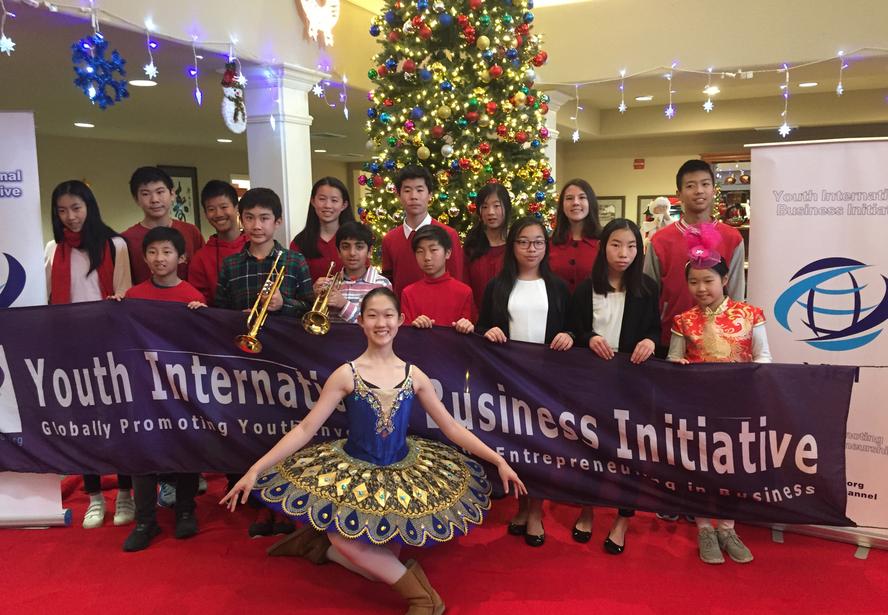 YIBI hosted a Business Start-up Semi-finals Competition today, January 14, 2018.  In this competition, young students from around the Bay Area pitched their business proposals to a panel of judges who are veteran business leaders. These youth have worked on and refined their start-up business proposals throughout the week of YIBI’s Winter Youth Business Leadership Training program in the past December.

During YIBI’s winter business program, 9 teams composed of 6th to 12th graders spent days working on their business pitch. At this end, these teams put together a presentation that is similar to a formal actual business plan for starting a brand new business. The students looked at financial, technical, social, and legal aspects of starting a real-world business. In each of the Winter Business Camp day, students listened to a distinguished guest speaker from different business sectors presenting a certain aspect of the business world.  Then, students integrated what they have learned, and incorporated newly learned concepts into their business presentation. Students would make their business start-up presentation to their camp peers daily and receive constructive criticism as well as positive feedbacks. Each team would then spend hours adding contents to their presentation and improving on their sales pitch in this team platform.

The semi-finals competition event held today representing every team’s efforts came to fruition. This event allows YIBI’s young future entrepreneurs to dip their toes in the real business planning, experiencing for themselves what pitching a brand new business proposal is like. This is an exciting and noteworthy event that will certainly be memorable for these young participants for years to come.

Today’s first place team is Team Adventum, a startup that combines a lightweight jacket with a sleeping bag, but also integrates heating technology for temperature-controlling functions. Their product eliminates the need to haul a sleeping bag along with the heavy camping gear that campers have, while ensuring the right amount of warmth is provided to battle the cold. Second place goes to Team Dorbel, with an advanced lock system that works with a high definition camera to greet guests while keeping the front door secure. In third place are teams Kompact and ShoeGuard, Team Halo came in forth, and Team Activize followed with fifth. Congratulations to all six teams, who will be advancing to the YIBI finals competition in summer! 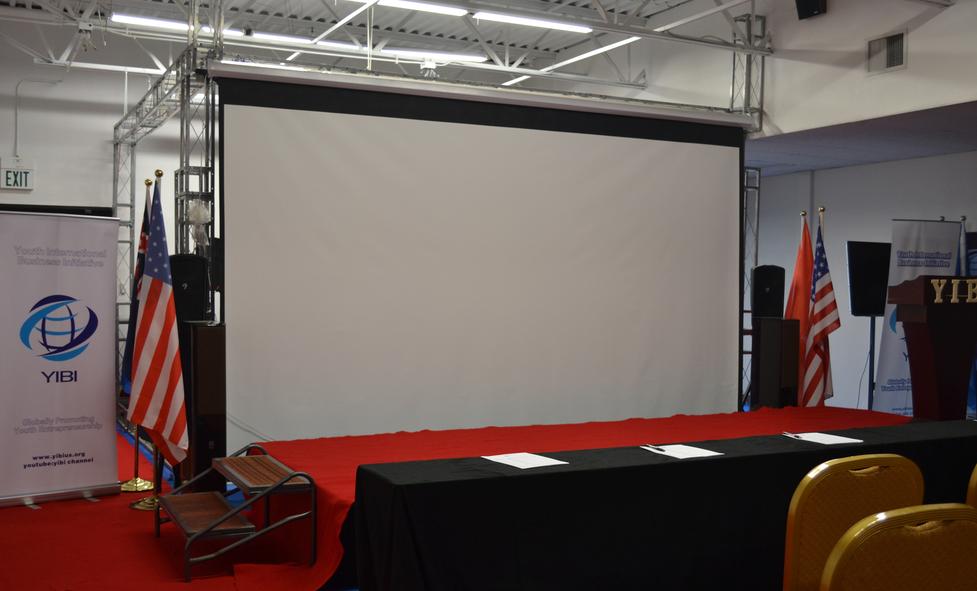 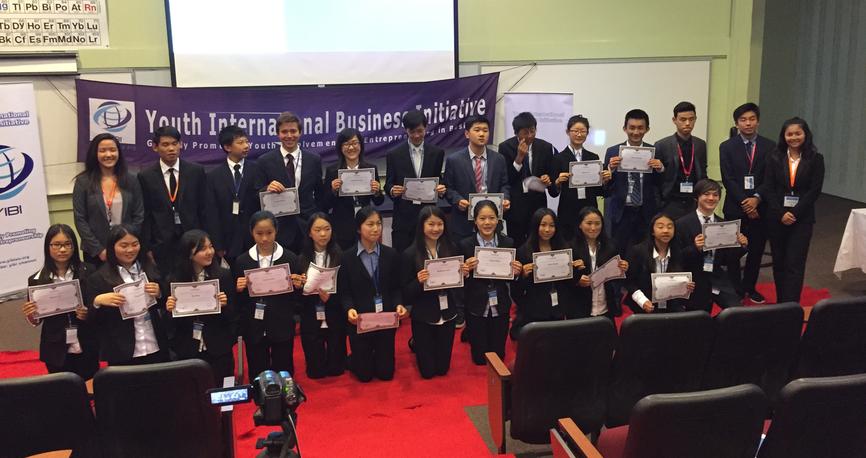 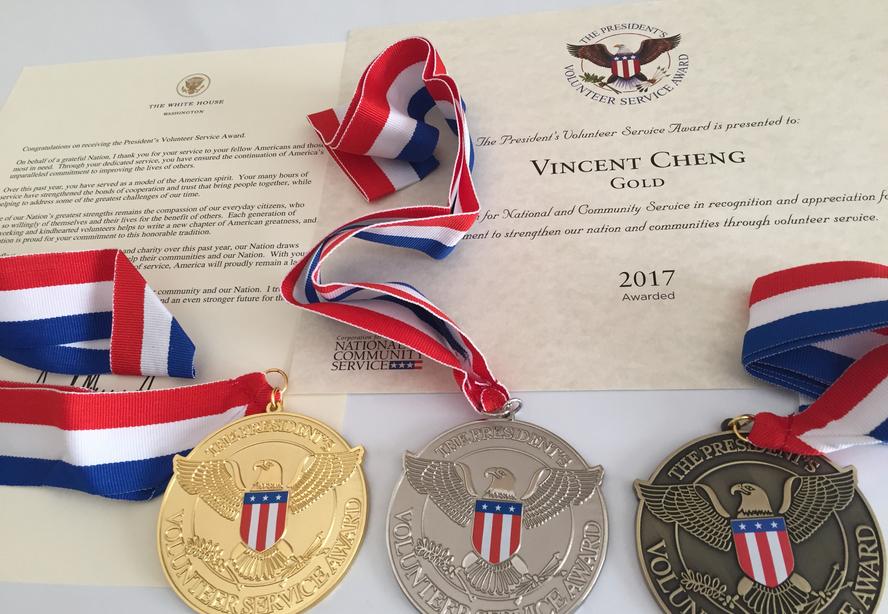 YIBI Attended 2018 Christmas in the Park